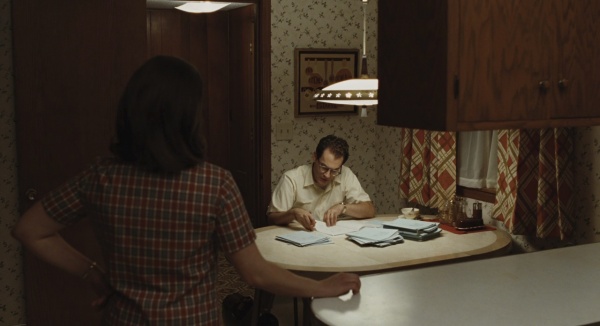 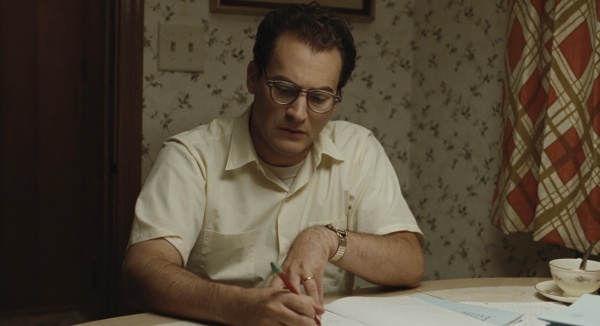 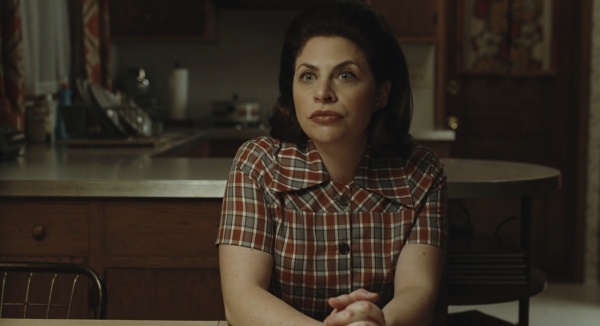 The hanging light was chosen specifically because I knew we would be shooting that particular scene in that space. I used a tweenie bouncing off the wall opposite the character facing camera and that was it. [ more lights in BG ? ] 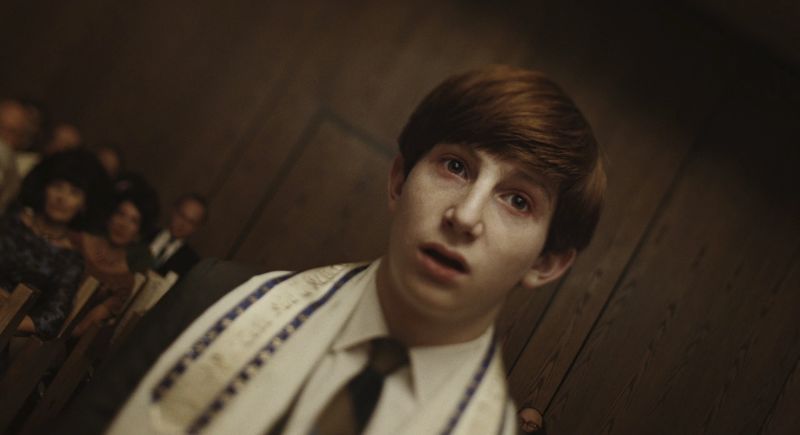 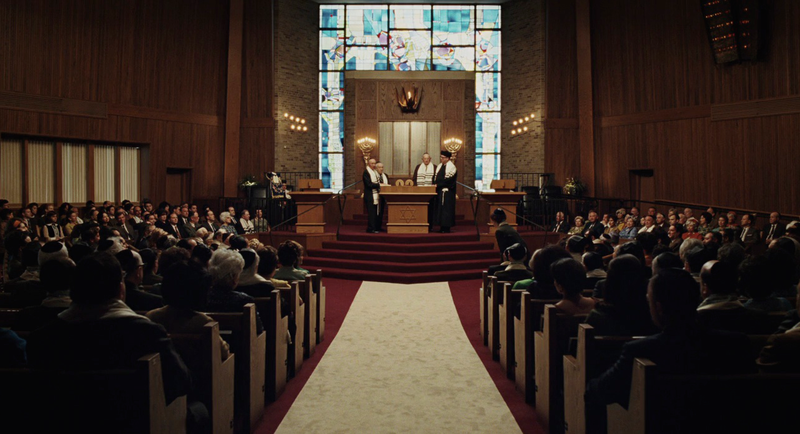 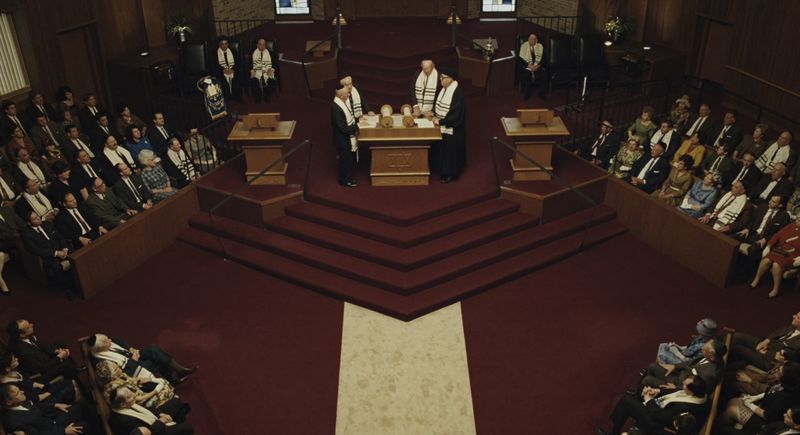 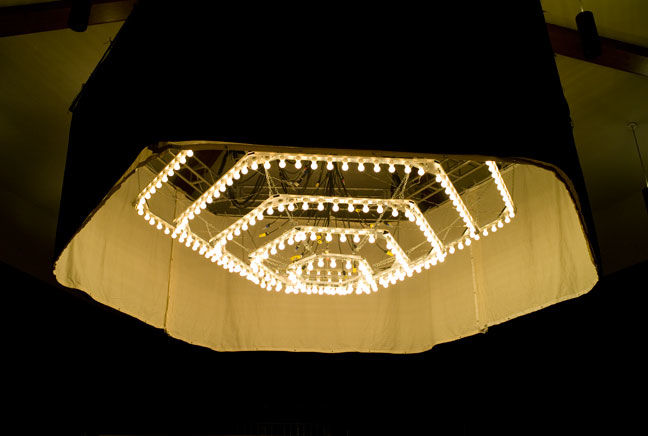 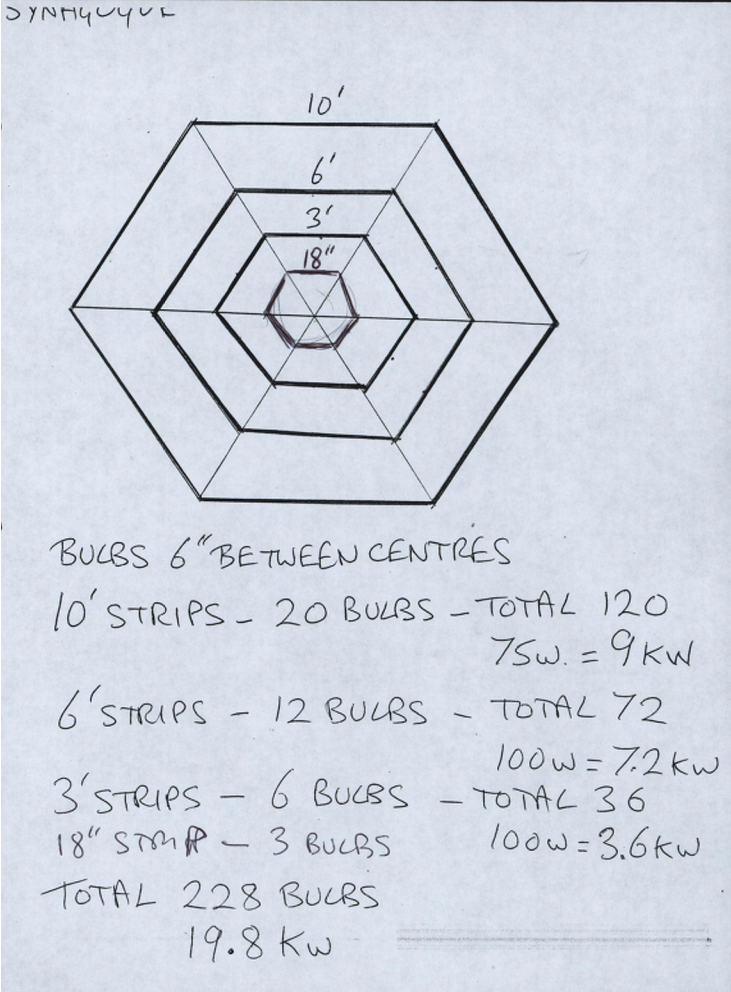 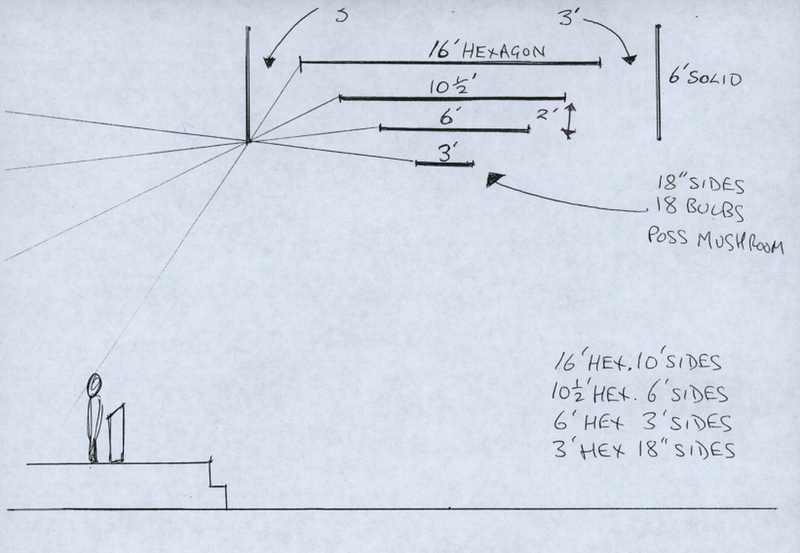 This was a light I had made for a Synagogue location in 'A Serious Man'. We had a large number of shots to shoot in this particular location so my problem was to light the space in such a way as I wouldn't take much time relighting for every angle. 1 week of prep for 4 days of shoot.
This was a light I had made which consists of 5 concentric hexagonal lightweight aluminum strips and ordinary porcelain sockets holding 298 bulbs (75w and 100w) totaling about 20K, but as the lamp was dimmed down to about 40% it was not all that intense. I had it suspended from a ceiling in the center of a space and in such a way that it reflected the shape of the space - hence it's hexagonal shape. The largest hexagon is 15' across and the smallest 3' 6" across. It was controlled by a dimmer system and a skirt of ultrabounce acts as a cut as well as an interior reflector. The Hexagonal shape also made it easier to construct and also easier to pack and store as a series of straight sections rather than curves. We intend to keep the unit for other occasions. It was about 25 feet to the nearest surface/person I was lighting. The 'wrap' of light on the faces was good and the skirt flagged the walls a little more than they would have dropped off naturally.
I was shooting at a base of 2.6 on 5218 with a little high speed work for which we raised the intensity of the light. We added some bounce from shot to shot, usually dropping muslin from the rig itself, but that was all the additional lighting we used.
I have used balloon lights quite a bit but I find the light they give is not as clean and 'specular' as that from the kind of 'ring light' rig pictured. The unit was on chain motors so it was easy and fast to change the height at which it was set per shot and it's rigid construction, although relatively light, allowed for the addition of cuts and bounce cloth. At 16' across and with a possible output of over 20K the rig was custom made to fit the space and, given the shooting days we had and the fact that we were in Minneapolis rather than LA or NY, it probably ended up being less expensive than renting a balloon light.
I generally use normal household bulbs in any practical lamp - 60, 75 or 100watt bulbs are usually all I use. I will use a quartz bulb occasionally in a situation where I want a lamp to throw a hard shadow for instance. I usually use the frosted bulbs as they are a little softer but the clear bulbs do give a clean warm light when dimmed and I use them for that.
DAYINT 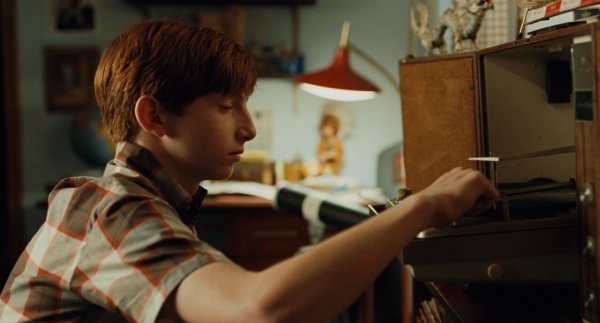 There was a tweenie bouncing off unbleached muslin for the first shot. The warm tweenie bounce is hitting his face. There must be another light I bounced of poly, perhaps, which is hitting the back side of his head. I really don't remember exactly. 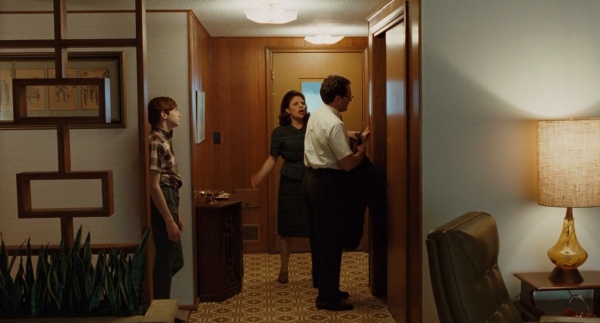 Lit by the practical and some softened HMI window light 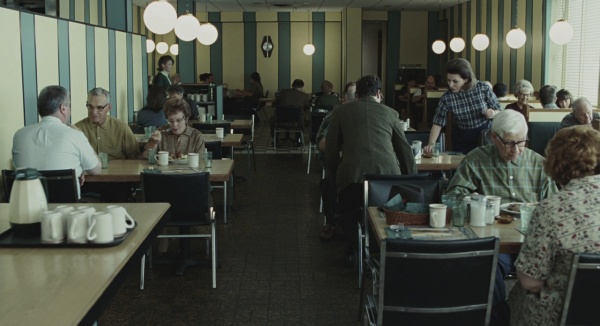 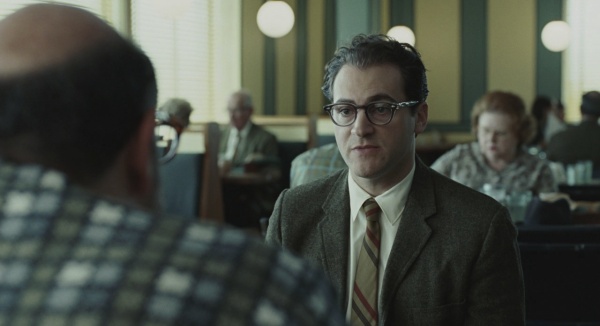 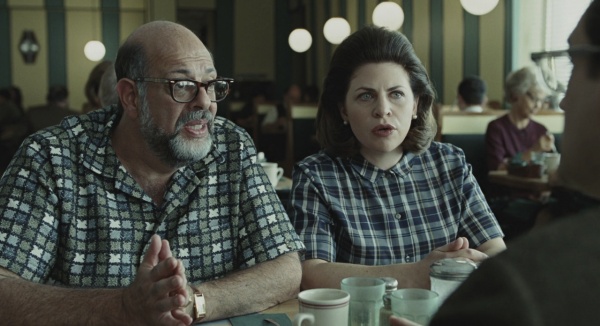 Lit by HMI window light. For both I was using 4K HMIs projected through light grid diffusion and I may have had a 1/4 grid to double diffuse the light as well. That I can't remember. 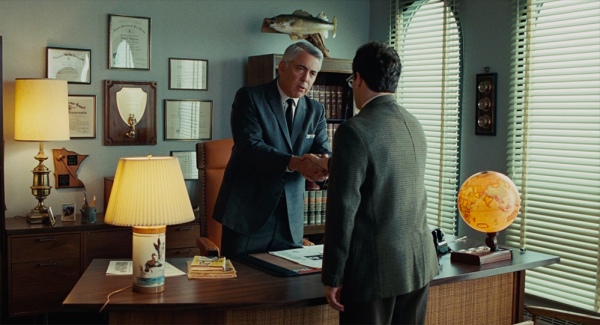 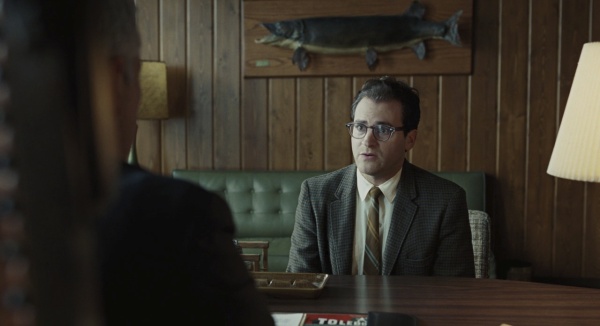 That office was lit using 4 x 6K HMI PARs bounced off Ultrabounce with, I think, 251 diffusion on the windows. On a third floor the same idea might be difficult, unless you have a large crane etc. etc. (A Serious Man) 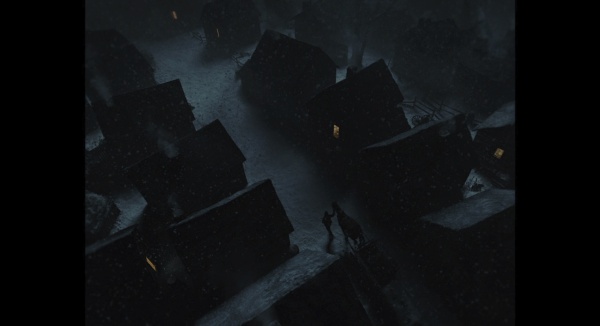 That opening shot in the snow was a combination of a set in a parking lot combined with CGI. The main street and houses immediately to the sides are real, as is the horse and cart, whilst the rest is CG. The scene was lit with a 20' x 40' bounce source hung on a crane arm. I think I used two 18K HMIs.
Source:
http://www.rogerdeakins.com
comments powered by Disqus