The ceiling of the glass 'room' held 4' and 2' flourescent tubes. They were cool white and had a green spike in them to give the colour you see. I used two double 4' tubes outside the built in fixture for some closer work but the main source was the light you see in shot.
NIGHTINT

There was a ring light over the table, just above the practical light, that had a silver foil skirt around it. I think we used 40 watt clear golf ball globes and it was dimmed down to about 35%. The window were lit with a couple of Tweenies as were the exterior wall flats. There was a small ring in the hall and another outside the entrance door. Otherwise it was just the practical lights you see in shot doing the work.

There were three small household bulbs hidden behind that drinks table, which just softened the effect of the light on the book shelves. There was no ceiling fill or overall fill. That's something I seldom do but there was a small bounce off camera to the left of frame.
DAYINT 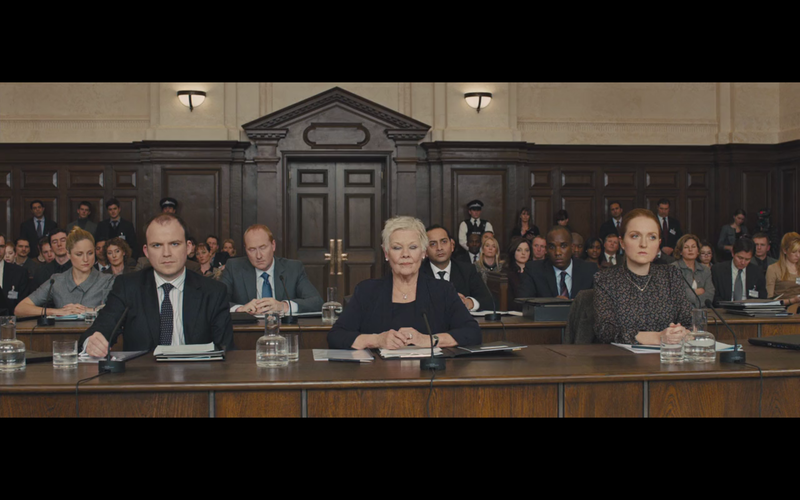